How Food Can Help You Feel More Connected | U.S. Dairy

How Food Can Help You Feel More Connected

Dairy is one of the foods that’s most connected to your community. Most milk is produced fewer than two hours away from where you live.

And food not only connects us to our communities, it can help connect us to our neighbors.

According to a survey of 2,255 adults conducted in early September of 2018, 85% of Americans believe sharing meals can help build trust in relationships. Food provides us comfort. It also allows us to celebrate our traditions, cultures, religions and other commonalities. We can discuss our differences over food. Even our conversations about food have changed.

But in today’s world, there are barriers—like your cellphone. While a majority of those surveyed (76%) said they would be more open to someone’s point of view after sharing a meal, more than half (54%) tend to have a device or screen around when they eat.

That makes for a pretty tough connection. And some people don’t even feel connected to the food on their plates.

Seven out of 10 Americans think it’s important to get to know the farmers who produce the food they eat, and more than 70% find locally grown food appealing. But 63% of people are only somewhat or not at all familiar with farming practices. 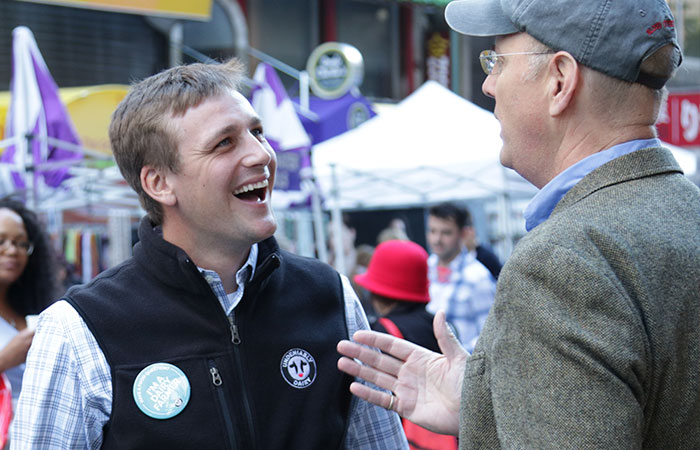 According to the survey, 51% of Americans are interested in moving to a farm and 60% are extremely or very interested in meeting a farmer to discuss farm practices. To that end, it made sense for some farmers to head to the Big Apple and make some of those connections themselves. 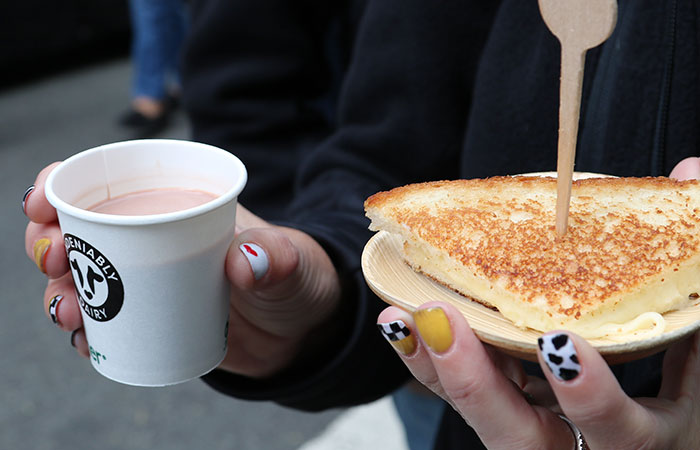 Recently on National Farmers Day, 21 dairy farmers from across the U.S. took to the streets of New York City at the Grand Central Food Fest and NYC Times Square Expo to connect people to where their food comes from. Over the course of two days they answered questions—from people of all walks of life—over grilled cheese and chocolate milk samples from a decked-out food truck. 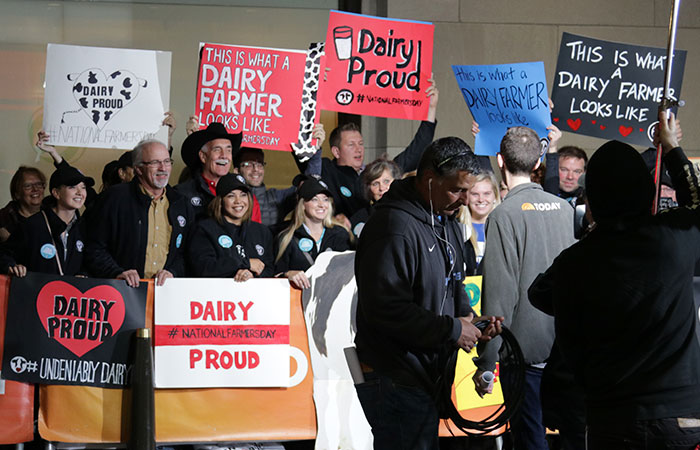 It was a chance for passers-by to learn directly from farmers about animal care, environmental practices and nutritional benefits of dairy foods.

To learn more about where your dairy foods come from, and the people behind it, connect here.

Make the Most of Those Thanksgiving Leftovers

Keep on Truckin' With These Grilled Cheese Recipes