How a Focus on Sustainability Energizes This Minnesota Dairy | U.S. Dairy

How a Focus on Sustainability Energizes This Minnesota Dairy

Like all farmers, Doug and Jane Popp pay close attention to the weather at their Minnesota dairy farm. Sunny and windy days, however, hold a special significance for them.

The Popps harness solar and wind power to handle about half of their farm’s energy needs. And while these sustainable energy sources help the farm’s bottom line, Jane said their sustainability efforts are about much more than that.

“We did this to leave a cleaner environment for future generations,” she said. “When you have kids, you think about leaving a better place for them. We have to do more for our children.” 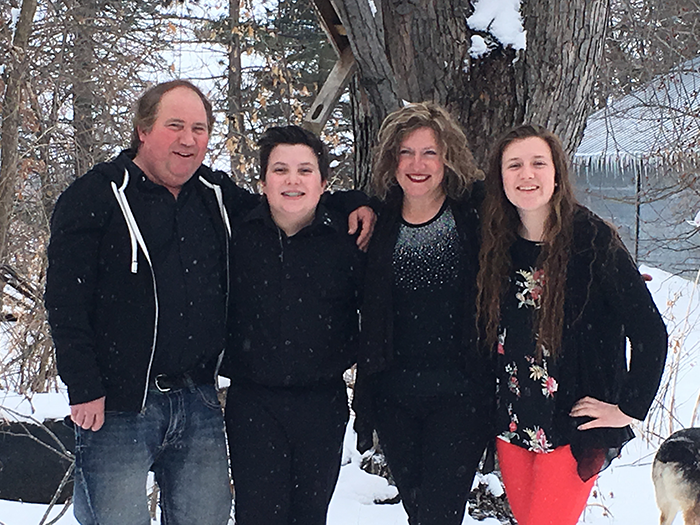 The Popps, who have two teenagers, said the decision to add wind turbines was easy. The farm sits on a hill near the town of Royalton, as the Mississippi River flows nearby to the west.

“It’s very windy here all the time, so we’ve always wondered if we could capture that and use it,” Doug said.

In 2005, the Popps began researching wind turbines and discovered grant opportunities that help ease the financial commitment. The turbines were up and running by the end of 2007, but that was only the beginning. 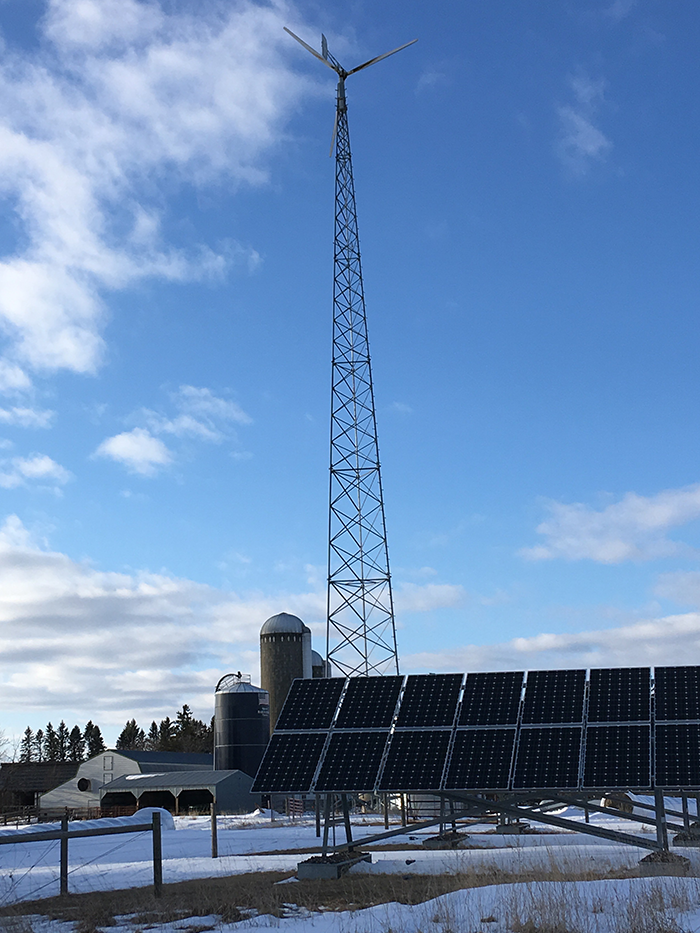 Doug said the idea of adding solar energy “dropped in our lap.” His cousin needed to create a solar energy case study for a college class, and he used the Popps’ dairy farm as his focus. His classwork became a reality when the Popps realized they could reduce their carbon footprint easily with solar panels. Today, the farm has 72 of them.

The Popps’ commitment to sustainability doesn’t end there. They have a used oil burner that enables them to reuse oil from their tractors and cars, and they also collect oil from community members that they use to heat a barn that houses their calves. The Popps have about 40 milking cows – on the smaller end of the spectrum by industry comparison – but farm size never limited the Popps’ ambition to make sustainability a top priority.

“Whatever scale you’re at, the opportunities are out there to do your part for the environment and the Earth,” Doug said. “We’re never going to get rid of fossil fuels. We need them when the wind’s not blowing and the sun’s not shining. But, we can reduce our carbon footprint, and we feel we’re doing our part in our own way.”

Sustainability Is More Than a Buzzword for This Vermont Dairy

Introducing Children to Cows: You Can Do It Too!