It’s February and there are howling winds and temperatures near single digits but a few feet underneath the Jer-Lindy farmland is a considerably warmer, somewhat cozy, concrete tunnel that houses a few secrets about the Minnesota dairy and its new creamery. Secrets that are part of the reason the farm won a 2016 U.S. Dairy Sustainability Award from the Innovation Center for U.S. Dairy.

Figuring out how to dig a tunnel probably wasn’t dairy farmer Jerry Jennissen’s first concern when his daughter Alise told him she wanted to fulfill her dream of opening a creamery on the site of the farm that had been in the family for nearly three decades. Before he could even think of the innovative construction, he needed to be sure his daughter was prepared to not only make, but sell, cheese.

Alise was determined and spent her college years studying both marketing and cheesemaking in Minnesota, Wisconsin and Vermont, which gave her father, along with his wife Linda, the confidence to start the daunting project which would expand their operation with its 176 milking cows to support the next generation including Alise’s husband Lucas Sjostrom, and their children.

Looking at the modern interior of the Redhead Creamery – named after Alise and her three sisters’ crops of curly red hair – you might think you were in a hip city grocer in Brooklyn or Chicago, not rural Minnesota. The colorful store and showroom sit above the cheesemaking room, with huge windows giving a birds-eye view of the process that churns out everything from award-winning nutty hard Cheddars to soft cheeses with a kick of spice as well as incredibly fresh cheese curds.

So why a tunnel? The tunnel is the key to the family’s ability to produce artisan cheeses on-site in the most sustainable way possible.

It allows the farm’s milk to flow directly from the milking parlor to the cheesemaking room. The distance is perhaps only 15 or 20 yards away if you walked across the snow-covered ground from one building to the next, but without the pipe-laden tunnel, the farmers would still have to put the milk onto a truck to get it back and forth, wasting fuel, time and manpower.

Instead, milk travels straight from the parlor’s milk room to the cheesemaking room where it is pasteurized. It travels through pipes along the walls of the tunnel, which is a considerable size that allows grown men to walk without hunching over. Also housed along the walls are high-efficiency water systems that take up little space but could accommodate a small apartment complex’s needs.

It is just the latest step in Jer-Lindy’s steady march toward a sustainable operation which includes efforts like high-efficiency industrial LED lighting fixtures recently installed in the main barn and other areas of the farm. The farm has also been able to eliminate the use of chemical fertilizers through manure application and has a clean water certification from the Minnesota Department of Agriculture.

But there have been setbacks over the years. The operation tried to incorporate a methane digester but the maintenance proved prohibitive despite nearly five years of Jerry’s best efforts. However, his piloting of the technology did help other farmers understand if they would be ideal candidates to implement the sustainable tech themselves.

Efficient operations are also key to the cheesemaking business, especially for one still in its own infancy. Alise’s marketing skills are being applied every day as Redhead Creamer’s array of hard and soft cheeses are now found in almost 100 stores not just in Minnesota but in both North and South Dakota, Iowa, Wisconsin and Illinois. The creamery has a full kitchen, and Alise and family regularly host events such as beer, wine and cheese pairings, to raise awareness among a growing number of customers. Expansion is continuing fueled by growing demand as Redhead is just beginning to make cheese two days a week from the single day schedule it had been running since launching.

The Jer-Lindy operation is also open to the public, along with Redhead Creamery. Visitors can take a tour of the entire operation on Saturdays throughout the year. Check for current tour times on the creamery’s website here.

Make sure you ask to see the tunnel. 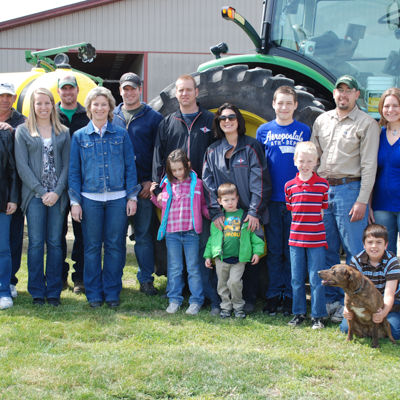 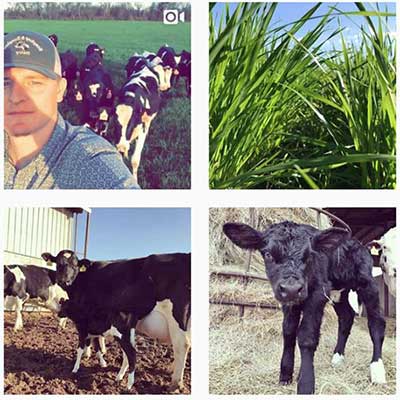 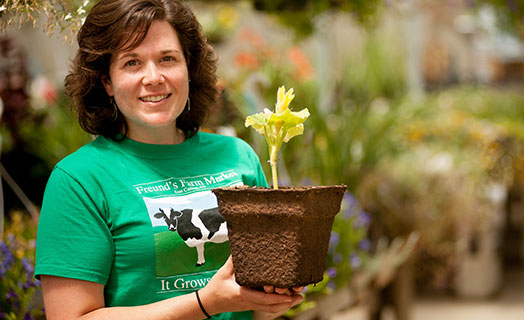