The Amazing Baby Brain Part 1: What does nutrition have to do with it?

Here’s a fun fact: By 12 months, a newborn’s brain doubles in size; by 36 months, it triples to almost adult size.

How it happens – and why – gets researchers and pediatricians very excited.

Previously, people believed the baby’s personality, their ability to think and learn and even their social skills were largely driven by their DNA. However, it turns out experiences play a role and can have an enormous effect, especially for young children. The period from conception through the first three years of life has an explosive rate of linear growth, tissue development and brain expansion. For optimal development, particularly in the brain, it is critical that early exposures are positive. Maternal, infant and toddler nutrition play a substantial role on growth and development as well, demonstrating that growth and development are multifactorial.

During pregnancy, what happens to mother happens to baby. A mother’s nutrition can directly affect the growing fetus. Excess or inadequate calories can both be harmful, as can poor diet quality. Unhealthy weight gain during pregnancy, exposure to toxins (tobacco, alcohol, drugs), physical/metabolic health (blood pressure, diabetes) and mental health (stress, depression) shape all aspects of fetal development – not only size and function of cells, tissues and organs, but also the body’s signaling and metabolism. These critical development factors can impact a person throughout their lifetime. It’s startling that the baby’s future health as an adult – and the risk for problems such as obesity, hypertension, cardiovascular disease, diabetes, depression, bipolar disease and stress responses – can be reflected in their fetal experiences.

Immediately after birth, the newborn’s 85 billion brain cells begin to wire together, forming connections at a stunning 700 brain cells per second. This “responsiveness” continues after birth and is most remarkable in the infant’s brain. The brain will add 1 percent volume every day over the first few months. Neurons in specific regions (termed “the social brain”) are exquisitely in tune with human facial expressions, eyes, gestures and voices. The newborn takes on an extraordinary sensory-motor exploration of their world. What looks like play is discovery, and the infant’s future cognitive ability is founded on it.

To fuel this growth, the infant brain uses over 50 percent of daily calories. We often hear about how important iron, zinc, choline and DHA are during this time. But it takes a consistent supply of many different nutrients to build, expand, fuel and maintain the brain. Food choices matter. In the absence of breast milk, iron-fortified infant formula are the most appropriate substitutes for feeding healthy, full-term infants during the first year of life. After the first year, cow’s milk can also be introduced as a nutrient-rich food choice for infants. Nutrient-rich foods help contribute to a healthy infant and toddler dietary pattern that helps support their growth spurt. Eliminating nutrient-rich foods from the infant solid food diet may have unintended nutrient intake consequences.

In Part 2, we’ll discuss eight simple things that parents and caregivers can do to encourage healthy brain development which can contribute to a child’s ability to learn. 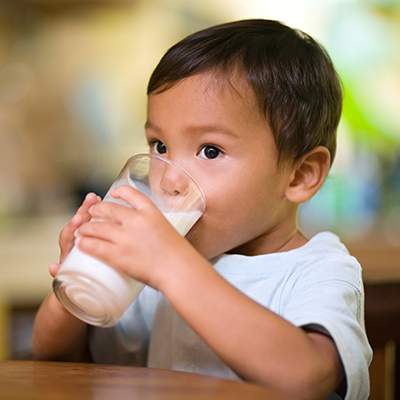 The Amazing Baby Brain Part 2: The power of positive parenting 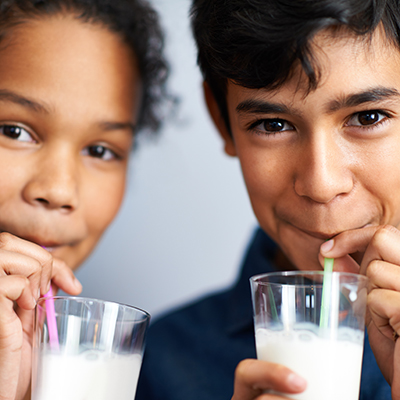 Does Drinking Milk Cause Early Puberty? 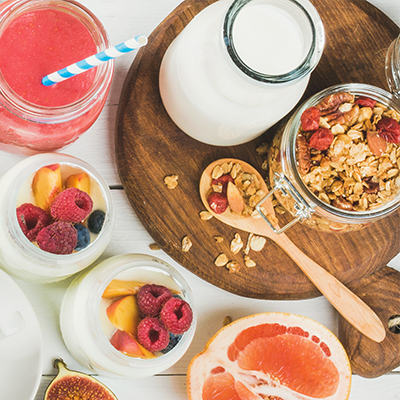 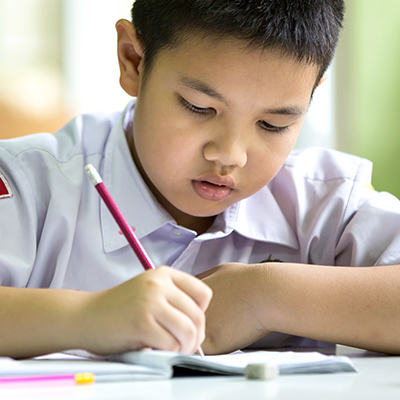